How many Digitalis varieties can be considered too many to grow? I like to think you can’t have too many of these beauties. This year we have outdone ourselves on the variety and quantity of plants we are propping from seed, among them we have ten various species of Digitalis. Although this plant is traditionally mentioned in the same breath as ‘cottage’ or  ‘wild’ garden, in garden design it is a far more adaptable Genus than you would think. Commonly thought of as a classic biennial (juvenile growth over its first year, followed by flowering and seed in its second), the Digitalis Genus actually contains more than a few perennial species and even some that are considered shrubs. In my opinion, all of them are worthy of a place in the garden as they’re a plant that gives more than it takes.

Although I (have yet) to grow all the foxgloves, any that I have experienced have been an utter joy to be around. They germinate like billio, flower their proverbial socks off and produce so much seed it’s ridiculous, which, if you save will keep you rich in Digitallial (that’s not an actual word) delight forever more. That is unless you grow some of the newer hybrid cultivars such as the ‘Illumination Series’, which are mostly sterile, as is often the way. Although these happening young things are interesting in their fancy-pantness, personally I prefer plants that are closer in spirit to their original ancestors, they are often much more refined and interesting and you get millions of free plants forever. 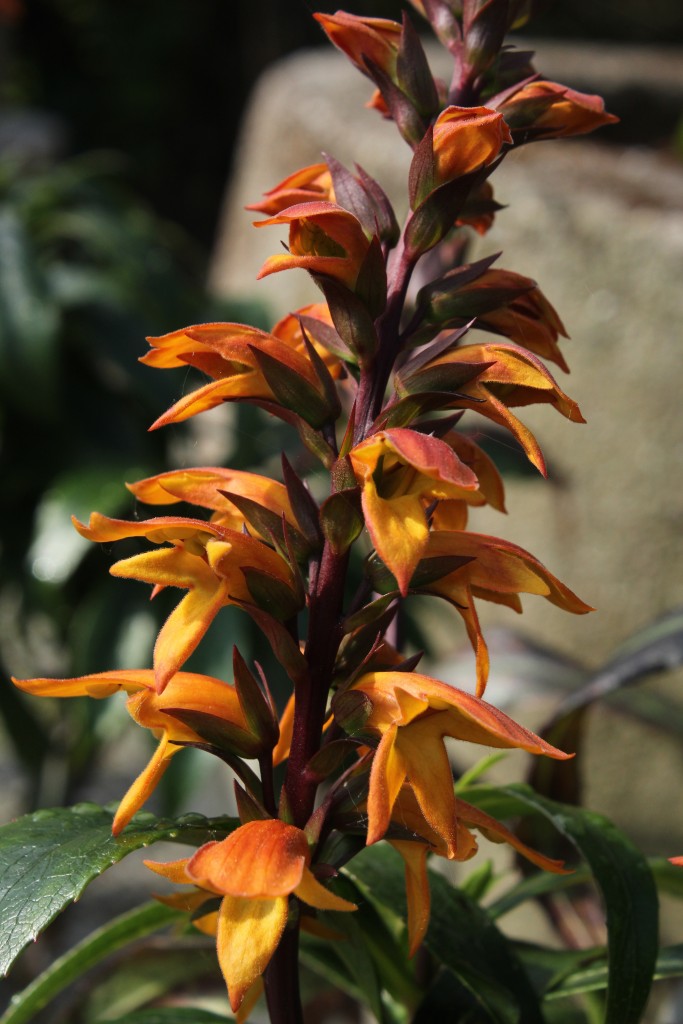 Probably my favourite Digitalis is the shrub Digitalis canariensis. The Canary Island foxglove has swapped and changed its taxonomic nomenclature a few times. At the moment it sits firmly in the Digitalis department after having existed as the, sort-of-mostly-but-not-quite foxglove, Isoplexus. Anyway, it is a thing of absolute beauty! D.isabelliana, another species akin to D.canariensis, is particularly splendid, having a classier slenderness about her, more lusty tendencies in her flowers and generally oozing a little bit more sex appeal than the slightly fatter, duller leaved, orangier, looser hung canariensis although these too are nicely striking. Another bonus to growing these guys, is that they flower for ages, so are an absolute bargain plant. They are also very ‘In’ at the moment.

Growing to 5-6ft in their native habitat, D.isabelliana looks great in containers and if you have a nice warm wall, you could chance plunging them out as apparently they can cope with lows of -4 degrees. You’re probably as well to bring them in over winter though, it’s heartbreaking to watch things die needlessly. I can vouch for the fact that their seed can be readily collected in Sep/Oct and although a bit fiddly to extricate from the toughened black, pointy shells, germinates like a lunatic when sown the following early spring with gentle bottom heat. From one plant procured in 2016, we now have about 110 of his/her babies freshly potted into liners and growing on nicely like the easy-going little beasts they are. The wonder that is home-saved fresh seed is a post for another day!

View all posts by: Vick